[Album] Kehlani - "It Was Good Until It Wasn't"

Kehlani drops new album, ‘It Was Good Until it Wasn’t’ 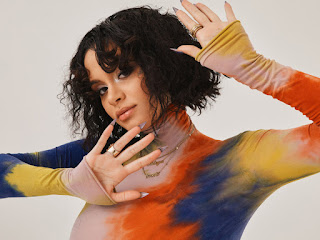 It Was Good Until it Wasn’t, Kehlani’s long-awaited second studio album, has finally arrived.
The 15-track sophomore effort features Lani crooning her way through break-ups, make-ups and motherhood. It also receives assists from Tory Lanez, Jhené Aiko, Masego, Lucky Daye and James Blake. Megan Thee Stallion appears on the 16-second interlude, “Real Hot Girl Skit.”
Previously released cuts “Toxic,” “Everybody Business” and “F&MU” are also included on the record, which comes to a close with “Lexii’s Outro”—a tribute to Kehlani’s former collaborator Lexii Alijai, who passed away in January from an accidental drug overdose.
"It Was Good Until it Wasn’t" serves as the follow-up to Kehlani’s 2017 debut, SweetSexySavage. Last year, the R&B singer dropped the mixtape, While We Wait.