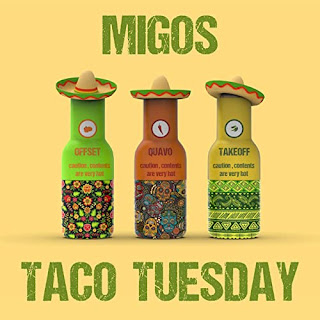 "Taco Tuesday" is set to be featured on Migos' upcoming Quarantine Mixtape, which the trio will be releasing ahead of their now-delayed fourth studio album Culture III. Originally slated for a summer release, the LP -- which features lead single "Give No Fxks" -- has been postponed due to the global coronavirus pandemic.